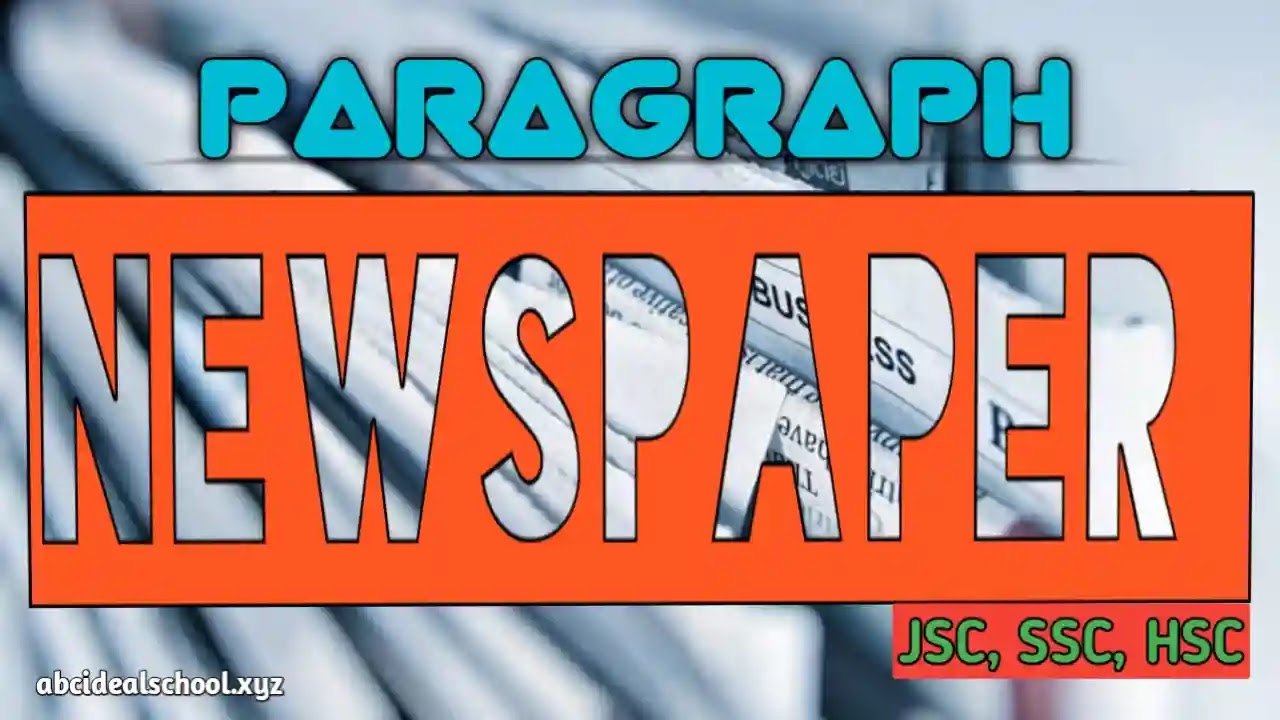 Newspaper was first published in England during the reign of Queen Elizabeth . The Indian Gazette which was the first newspaper in Indo - Bangladesh was published in 1774. The Samachar Darpan was the first Bengali Newspaper . The Christian missionaries of Srerampore published it . Now those days are gone by . Man has invented printing machine . Thousands of newspapers are being printed daily all over the world .

There are many kinds of newspapers . They are dailies , biweeklies , weeklies , monthlies and even quarterlies . The dailes contain news and views about the daily affairs of the whole world . There are some other papers which are known as periodicals and magazines . They contain literary articles . There are many English and Bengali dailies in our country . They are the Ittefaq , The Banglar Bani . The Inquilab . The Observer . The Bangladesh times etc.

Global distance has been removed . The world has become smaller . One part of the world has been linked up with another through newspaper . Newspaper is of great use to us . It serves the purpose of people of different sections . We get all sorts of information in the newspapers . We know through them what is going on in the world around us . They give us news about politics . economics , culture , literature , games and sports of the whole world .

Newspapers are very useful to us . Without a newspaper we can not even think of our own life .